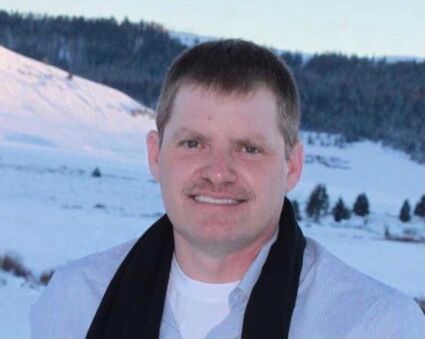 Kevin Lee Koessel passed away peacefully in his Pinedale home surrounded by loved ones on Saturday, November 6th, 2021 at the age of 55.

He was born May 24, 1966 in Greenville, MI to Margaret Ruth and Francis O. Koessel.  He married Cheryl Spall on June 10, 2013, though they enjoyed more than 20 happy years together in total.  Kevin graduated high school from Saratoga High School in 1984 and attended some college at the University of Wyoming in Laramie, with a strong interest in criminal justice.  He decided to pursue a career as a police officer and graduated from the Police Academy in Douglas, WY in 1992.  From 1992 – 2009, he worked as a very dedicated police officer in Saratoga, Hanna, and the Sublette County Sheriff's Department.  During that time, he also worked as an EMT and volunteer fire fighter.  He received the Saratoga Police Department Commendation Award for rescuing a man from a burning car.  He was also awarded the Sublette County Sheriff Department Medal of Merit and other honors for his various acts of bravery.  Though his life passion always remained as a police officer, he later transitioned careers to work for UPS as a driver.  Some of his colleagues at UPS became his best friends in life, and he thoroughly enjoyed seeing all of the people he met along his route.

Kevin enjoyed spending time with family and was especially admired by his grandchildren as a gentleman and fun, loving man.  He was very loyal to the family and would defend them no matter what.  He absolutely adored and lived for Cheryl all the way to the end of his life.  He set an example of how to be patient and kind while being goofy and humorous.  He told all kinds of stories to family and friends from his police officer days.  He also spent his free time camping, fishing, reading and cheering for the Denver Broncos and Wyoming Cowboy football teams.  His father and him built a campground in their earlier years and spent quite a bit of time fishing at a secret spot with the rest of the family.  Kevin called the spot "What Luck" because they always were able to catch their limit of fish each time they went.  He was a very conservative, patriotic man and believed in what the red, white and blue represents.

A memorial service and celebration of life will be held in honor of Kevin on Saturday, November 13th at the Rendezvous Meadows Golf Club House in Pinedale, WY at 1:00pm.  Refreshments will be provided afterwards, and drinks will be encouraged to hold a toast in Kevin's honor.