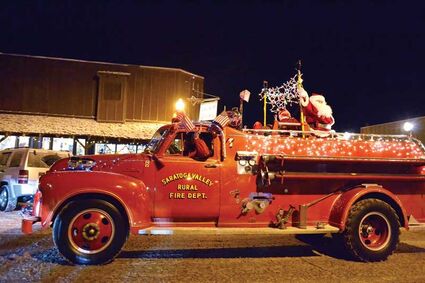 Santa will return to the streets of Saratoga this Christmas thanks to the VSO.

This year's Christmas parade should be bigger and better than ever, according to the chair of the event, which is sponsored by the Valley Service Organization.

Judy Hamel said the theme for this year's Christmas parade was finalized at the last VSO meeting and will be a patriotic theme...A Red, White and Blue Christmas.

The Christmas parade will be held in conjunction with Winter Wonderland on Saturday, Dec. 11th. Organizers have contacted Santa and Mrs. Claus and the arctic couple is expected to attend the parade and be on hand to visit with valley children during Winter Wonderland in the...