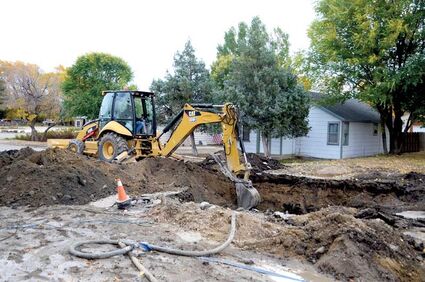 Chuck McVey with the Department of Public Works digs into Spring Street as town crews work to replace a ruptured water main on October 6.

Flooding is not often a concern of Saratoga's in the fall months, as it is usually low water season. On the night of October 5, however, the Saratoga Town Council called a brief recess because water was literally flooding Spring Street in front of town hall.

The culprit was a broken water main running from River Street to 1st Street. As council members and town hall staff moved their vehicles from the front of the town hall, it almost seemed like a small-scale disaster movie. Water, no longer contained by the main, forced its way to the top and made its own exit from beneath the asphalt str...