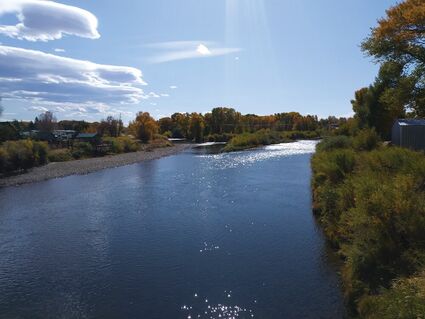 With the North Platte River at a point of low flow, some residents are requesting nuisance rock bars be removed from the river bed before spring runoff next year.

With the highwater season all but a distant memory, flooding concerns may be the last thing on most people's minds.

At the September 21 meeting of the Saratoga Town Council, however, a request to do river work was heard by the governing body. Ralph and Ann Hicks, who own a home behind the Saratoga Hot Springs Resort, wrote a letter to the council which was read by Councilmember Ron Hutchins.

"We are lifelong summer residents of Saratoga and each year we are river watchers. This year has presented us with some serious problems in and with the river and it needs attention," wrote the Hicks. "...