HEM waits to get healthy 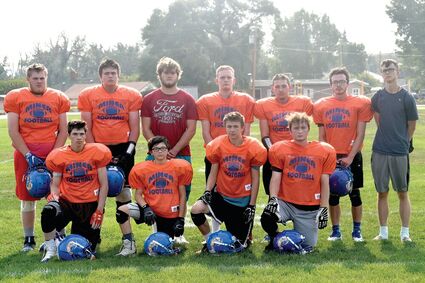 The Hanna, Elk Mountain, Medicine Bow (HEM) Miner football team had to take a pass this week on playing.

The Miners team started the season with a smaller number of boys than past years, which made HEM have to cancel this week's game when injuries and sickness took their toll.

"With our low numbers and the number of injuries, we are unable to play week two and three," Head Coach Zack Scott said. "Our hope is to have enough kids back to play at home against Guernsey/Sunrise in week four."

It is understandable Scott is hopeful the team will play that weekend because HEM's homecoming is fast...