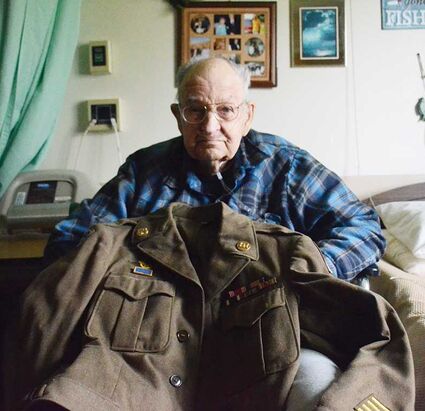 Richard C. "Dick" Wiant went to his Heavenly home on August 26, 2021, at the Saratoga Care Center.

Dick was born on October 18, 1923, to Ruth Mary Marston and Acy Clyde Wiant, the first of four siblings.

He went to school in Saratoga and graduated. He served from April ,1943 to December 1945 in the Army with the 112th Engineering Combat Battalion. He was in Normandy at Omaha Beach Landing and Battle of the Bulge in Belgium. He worked on various ranches in the area, timber and the sawmill for Edward Hines and Louisiana Pacific. After retirement, Dick repaired lawn mowers for many locals.

He was preceded in death by his parents, brothers John Wiant and Isaac Wayne Wiant, sister Mildred Viner, and nephew Gary Viner.