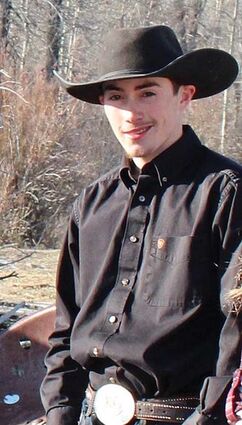 Tyler was an avid outdoorsman who enjoyed hunting, camping, and snow machining. He had a deep love for his family and friends. He loved his younger brother, Kyle, and took his job as a big brother seriously, willing to have an earlier curfew to make sure he could take his brother to play pool, go to the hot pool, or plain get into mischief.

He was happiest when he was on a tractor listening to his favorite music.  He is widely known for his sense of humor, sly smile, and beautiful eyelashes (all of which got him out of hot water more than once). Tyler had a big heart for service and helped anyone in need. He was a member of the Upper Platte Valley Fire Department & Search and Rescue as well as the Torrington Fire Department while enrolled at Eastern Wyoming College. He was working his dream job on the Silver Spur Ranch at the time of his passing.