Where the antelope play

WGFD give update on study of wind energy impact on pronghorn 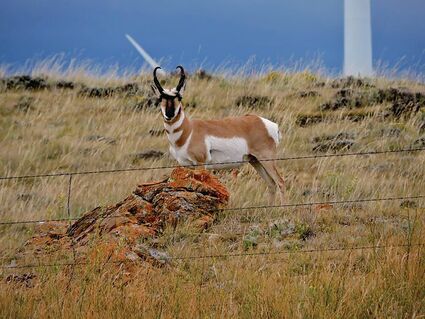 Both pronghorn and wind mills are now a common site in northern Carbon County.

A common saying in Wyoming is the population of pronghorn in the state outnumber that of people.

While that's not entirely accurate-there are 400,000 pronghorn in Wyoming compared to 550,000 residents-the Cowboy State is home to more speedgoats than any other western state. Due to the large number of pronghorn in the state, the Wyoming Game and Fish Department has not conducted any in depth studies on the animal until now.

At the August 17 meeting of the Board of Carbon County Commissioners (BOCCC) the board was provided with an update from two wildlife biologists regarding a study as to...