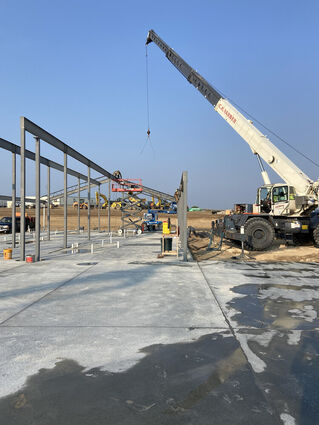 Construction Superintendent Monty Wardell says he and his team have encountered construction challenges from too much hot, dry heat, wind and dust, but they are making significant progress on the North Platte Valley Medical Center (NPVMC) during the prime building season.

Wardell, who works for Sletten Construction of Wyoming, the contractor on the project, said his crews have been installing plumbing ahead of a series of concrete pours during July and will continue to pour concrete each Wednesday until September 1.

Structural steel is being installed for the west and north wings of the hos...