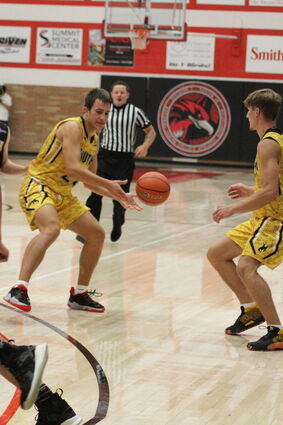 On July 24, however, the two Valley athletes donned the same uniform; the black and gold of the south team for the Wyoming Coaches Association (WCA) Boys All-Star Basketball Game. For fans of Valley basketball, it was likely a dream come true to watch the two play together.

"It was a ton of fun," said Peterson. "Teegan and I played some AAU (Amateur Athletic Union) together over the summer thr...