Smile when you go through the doors 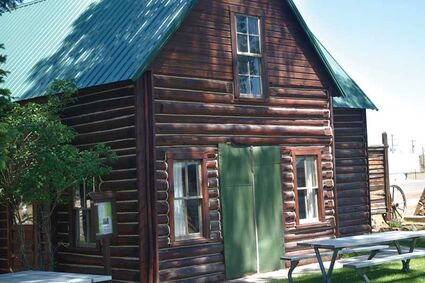 The Owen Wister Cabin was transported from Jackson in the late 1970s, log by log, and reassembled in Medicine Bow.

The Owen Wister Cabin residing at the Medicine Bow Museum (MBM) is open after being closed for four years.

"It got re-painted and refurbished," MBM worker Howard Bame said. "It was looking pretty rough before."

The Owen Wister Cabin is a significant building to the museum and the country, according to MBM Director Sharon Biamon, because it is a place the author built himself and lived for a time after he completed his most famous work, the 1902 novel "The Virginian: A Horseman of the Plains" (The Virginian). The novel made Medicine Bow world famous. The book is also widely regarded as being...