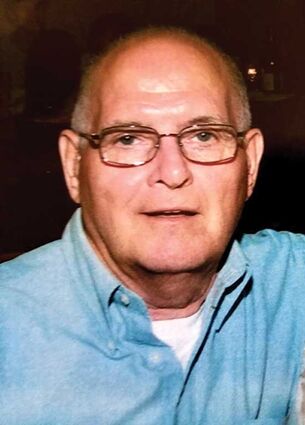 Graveside memorial services for Virgil E. Everist will be held at 1 p.m. Saturday, July 17, at the Saratoga Cemetery. Virgil died at home in Las Vegas, Nevada on March 22, 2021.

Virgil was born on July 17, 1935, to George A. and Ollie (Davidson) Everist in Thatcher, Colorado. Virgil was a twin. He and his twin brother, Verlin C., joined two older brothers, Farrell and Leland, and two older sisters, JoAnn and Verna at the family home in La Junta, Colorado.

In 1936, the Everist family moved to Saratoga, Wyoming and George joined his brother Clyde in a grocery store business. After the move to Saratoga, George and Ollie had another child, Mary Ellen, and the family was complete.

Virgil, Verlin and Mary Ellen were taken to Idaho with their mother when Ollie separated from George sometime in the 1940s, but the twins were sent back to live with their father shortly thereafter because they proved to be "a handful," a character trait that remained true their entire lives.

During their high school years, the twins played on the basketball team and continued to enjoy a life-long friendship with their coach, Reese Gaskell, long after graduation. Virgil and Verlin graduated from Platte Valley High School in 1953 and went to work at Everist Grocery Store with their father, George.

In January of 1954, Virgil eloped with Rose Moline and the couple was married in Elko, Nevada. After returning home, Virgil continued to work for his father while Rose was employed elsewhere, although she did help with the bookkeeping duties at the grocery store.

On their days off, the twins helped pioneer what has become a major industry in Saratoga: guided fishing trips. Working for Louis "Skeeter" Pennock, they took tourists on guided float fishing trips down the Upper North Platte River. The night before a fishing trip, the boys would seine minnows and their wives would tie minnow rigs. Although using live minnows is no longer allowed, the guided fishing business has thrived and become increasingly popular with outdoor enthusiasts.

Virgil and Rose had three children: Connie, Kay, and Gary. In the mid-1960s, an economic downturn in Saratoga resulted in a decision to sell the grocery store and move. When school was out for the year, Rose packed the family station wagon with the bare necessities and she and the children met Virgil in Sun City, Arizona, where he was living with his father George while recuperating from a broken leg.

While it would not be the last road trip Virgil and family took, the road trip taken after leaving Sun City, Arizona was the family's first great road trip and probably the longest. From Sun City, the family traveled to San Diego, California and headed north along the Pacific Coast highway to Vancouver, British Columbia, Canada. From there the family made their way to the start of the Alaskan highway in Dawson Creek, British Columbia and eventually ended up in Anchorage, Alaska. Traveling the nearly 1,400 miles of the then gravel highway was a long, isolated trip and it is where all three of Virgil's kids got experience driving at the ripe old ages of 13, 11 and 10.

Virgil intended to put his grocery store skills into practice in Alaska, but it was a career move that just did not pan out. After exhausting their funds, and with no viable prospects, the family made their way back to the lower 48 states and ended up in Las Vegas. They stayed with another lifelong friend, Red Williams, until both Rose and Virgil were able to find work.

Virgil was always a quick study and saw the potential in becoming a craps dealer. He began his career at the Golden Nugget in downtown Vegas. He did a short stint in Lake Tahoe and upon returning to Vegas, was able to secure work on the Strip. He worked at many Vegas icons, hotels and casinos that no longer exist...the Stardust, the Sahara, the Flamingo and finished his career as a box man at the MGM, where he also worked as a dealer for many years.

In 1968, Virgil and Rose purchased the home where they resided until their deaths. Over the years, Virgil and Rose opened their home to anyone in need of a place to stay, a tradition that Virgil continued after Rose's death until his own death.

As previously mentioned, Virgil loved a road trip. Although it worked, loading up the station wagon left much to be desired, and he and Rose soon purchased a van and then a motorhome to accommodate their love of adventure. In those vehicles, they took kids, grandkids and a few great grandchildren and pets to see and experience some of the awesome places in America: the Grand Canyon, Zion National Park, Yellowstone and Grand Teton National Parks as well as Disneyland, Knott's Berry Farm, and other amusement parks. Virgil knew no fear when it came to trying out a roller coaster or Ferris wheel.

Virgil loved the outdoors, and in many pictures, each grandchild is pictured with a fish. Sitting around a campfire was also a favorite pastime of Virgil, while enjoying a beer or two.

Virgil and Rose celebrated their 50th wedding anniversary in 2004 and the surprise celebration was attended by many family members and friends who made the journey to join in honoring them.

Even though the couple continued to live in Las Vegas, they enjoyed getting together with other friends from Wyoming throughout the years and often attended football games or the college basketball tournament with other life-long friends: Pete and Margie Crow, Bill Nuhn and Virgil's twin brother Verlin while cheering the Wyoming Cowboys or Cowgirls.

One of the high points in Virgil's life was being baptized into the Catholic Church in 2006. He said he had spent many years looking for the truth about God and found it in the Catholic Church. He was baptized at St. Ann's in Saratoga and lived as a faithful Catholic until his death.

Virgil was preceded in death by his parents, George and Ollie; his wife of 57 years, Rose; his son Gary; all his siblings, a granddaughter, Lori; nieces, and nephews and many of his lifelong friends and classmates.