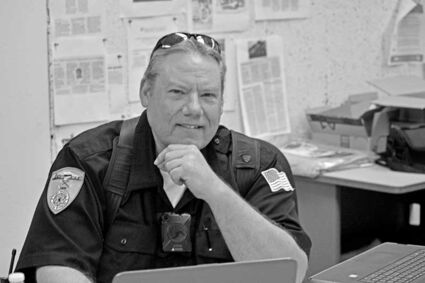 Hanna Marshal Jeff Neimark put in his last day in law enforcement on May 11. The town gave Neimark a small send off party to show their gratitude for his 13 years of service to the town.

All told, Neimark has been working as an officer of the law for 32 years.

Neimark started his career in Illinois where he had been raised. His father, Paul, was an author of 52 books, one of which was made into a TV movie called "She Lives". The writer raised the family in the Chicago metro area.

"I grew up in Highland Park outside Chicago, about a half hour away," Neimark said. "It was a nice place that ha...