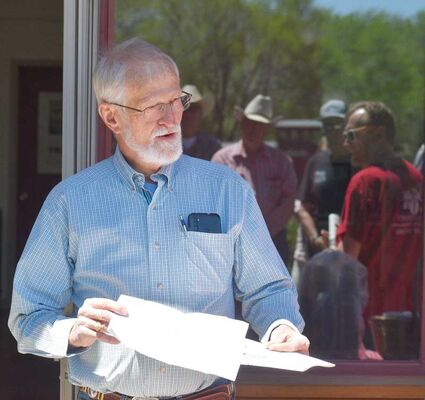 Andy Peryam explains his process to a crowd gathered at GEM on June 9.

It is all too easy to become mesmerized by the various historical collections and exhibits at the Grand Encampment Museum in Encampment, Wyoming. On June 9, the museum added yet another one, which can be found in the Doc Culleton Building.

A diorama of the aerial tramway, once the largest in the world, used to transport copper from Battle Mountain to Grand Encampment is off to the right when a visitor first comes into the building.

At 16 feet long it is hard to miss. While, at one foot per mile, the landscape is to scale the buildings are not. According to GEM Director Tim Nicklas if they h...