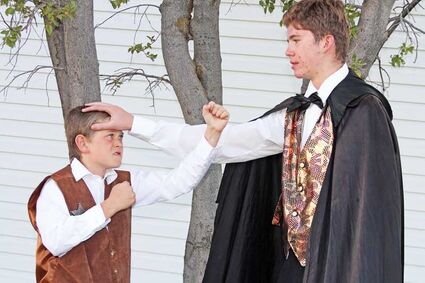 The Grand Encampment Opera Company presents "The Widow's Might or What Happened to Henry" by C. H. Keeney.  Performing June 16, 18 & 19, 2021 in conjunction with the Encampment Riverside Woodchopper's Jamboree at the Grand Encampment Opera House, 622 Rankin, in Encampment, Wyoming.  All performances start promptly at 7:00 p.m.  Admission is by donation at the door.  Produced by special arrangement with Pioneer Drama Services, Englewood, CO.

Harriet Highgrade (CayCee Cox) and her husband, Marshal Henry Highgrade, owned a gold mine in the tiny town of Slim Pickins, Wyoming ... unt...