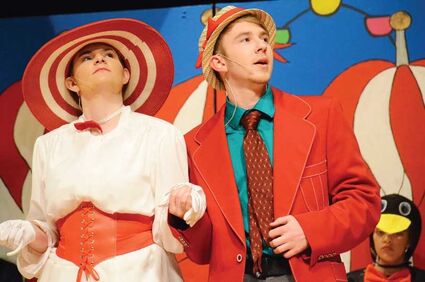 A spoonful of sugar may help the medicine go down, but it certainly wasn't needed for the production of "Mary Poppins" put on by the Carbon County School District No. 2 (CCSD2) Drama Club.

Despite having to postpone their production last year due to the pandemic, the drama club took to the stage of the Platte Valley Community Center Theater on April 29 for their rendition of the classic children's book series made popular by the 1964 Disney movie.

The titular role of Mary Poppins is played by Emily Mills who makes the role all her own and, though she doesn't emulate Julie Andrews, reminds...