Wanting to give back 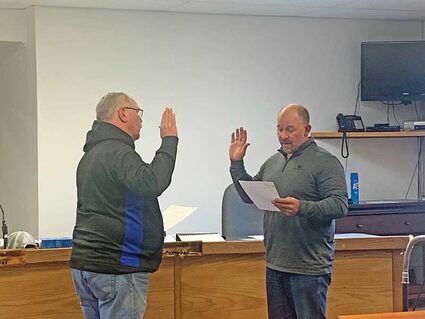 Ron Hutchins, left, is sworn in by Mayor Creed James on April 20.

Just two weeks after former Councilmember Bob Keel announced his resignation, the Saratoga Town Council was able to make an appointment to the vacant position. On April 20, Saratoga resident Ron Hutchins was sworn in by Mayor Creed James.

This, however, was not the first time that Hutchins had submitted a letter of interest. When Councilmember D'Ron Campbell was re-appointed to the governing body, Hutchins had been one of three applicants-including Campbell-who interviewed with the council in executive session.

Hutchins first moved to Saratoga in 1970 and worked for Foster Lumber Company do...