Tiger track and field competes in Rock Springs, Cheyenne over the weekend 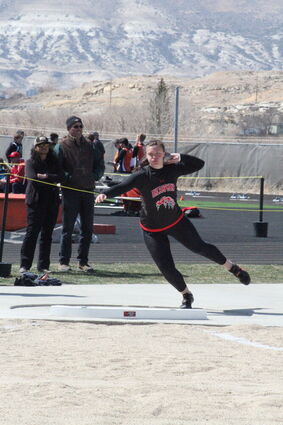 Lizzi James prepares to put the shot during the Rock Springs Invite on Saturday.

Encampment's track and field athletes came out of spring break with a roar over the weekend as they competed in two meets; the Okie Blanchard Invite at Cheyenne East on April 9 and the Ted Schroeder Invite at Rock Springs on April 10.

Despite the one week break from school, Encampment saw several student athletes place high in both meets.

"It was good to get two meets in this week," said Kegan Willford, head coach for Encampment Track. "Since this was the week after spring break, we used these meets for conditioning and as opportunities to try some other events for different athletes. We ha...