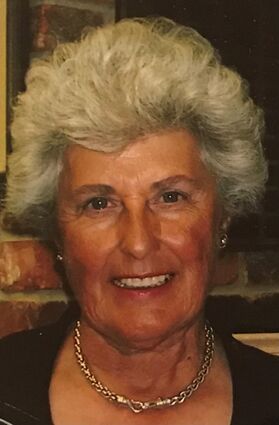 Donna Faye DeVore was born in Cut Bank, Montana on February 13, 1939. During her childhood she also lived in Roosevelt, Utah and Casper, Wyoming. She represented Natrona County High School at Wyoming Girls' State, was elected Prom Queen, and graduated with honors in 1957.

After her marriage to Stanley F. DeVore, Jr. in 1959, they lived in Laramie, Wyoming while he completed his education. Upon returning to Casper, Donna served as Corporate Secretary for her husband's truck dealership, a franchise for White Motor, Volvo, GMC and Freightliner trucks.

During this time, she was affectionately known throughout the industry as "Good Ol' Donna." She supported the success of the truck dealership in many ways while raising their three children. While in Casper, Donna served in many organizations including Casper Service League, Cub Scouts, St. Mark's Episcopal Church Altar Guild, Job's Daughters and the Daughters of the Nile.

They lived in Casper until moving permanently in 1999 to their summer home in Saratoga, Wyoming where Donna was a member of Soroptimist Club, Sisters on the Fly, the Red Hat Society and played the organ for St. Barnabas Episcopal Church. Donna and Stan moved to Sheridan, Wyoming in 2013.

Donna was a beautiful woman of many talents and interests. She was an accomplished classical pianist, artist, gardener, and seamstress. She sewed Christmas stockings and baby quilts for nearly every grandchild and great-grandchild, creating a legacy of treasured family heirlooms.

She obtained her Private Pilot certificate before anyone else in the family, and was a skilled skier, golfer and fly fisherman. Her warm hospitality and exceptional cooking made every gathering memorable. Donna will be remembered for her deep love of nature and her family, as well as her elegance, generosity, kindness and sense of humor. She truly exemplified Proverbs Chapter 31, 10-31 "wife of noble character."

Donna passed away peacefully of congestive heart failure at Sheridan Memorial Hospital on April 3, 2021 surrounded by her loving family.

Donna will be laid to rest in Big Horn, Wyoming in a private family ceremony. A Celebration of Life will be held at a later date.

In lieu of flowers, the family asks that gifts in her memory be sent to the Sheridan Memorial Hospital Foundation for the Transitional Care Expansion Project at P.O. Box 391, Sheridan, WY 82801.

Online condolences can be made at www.sheridanfuneral.com.

Arrangements are under the care of Sheridan Funeral Home.