Billiards in the blood 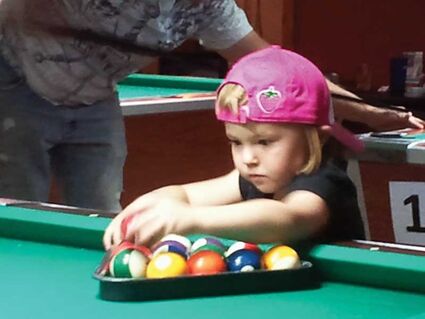 A young Bailey Glode racks 'em up during the 2013 Wyoming Open.

In the fall, middle school and high school students either run long distances in cross country, attack the net in volleyball or reach for the touchdown in football. When winter arrives, basketball is practically the sole sport as the squeaks of shoes and the roar of fans fill the gyms.

As the snow flies and the temperatures drop, one Saratoga Middle High School student is still playing on a green surface, one that is more associated with players older than herself.

It's probably safe to say, however, that Bailey Glode has billiards in her blood.