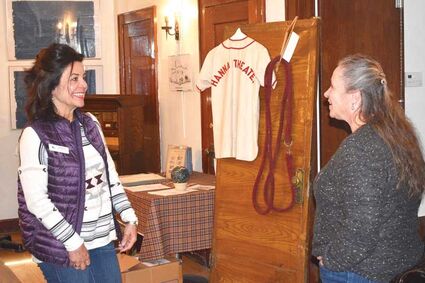 On March 18 and 19, Jackie King, a field representative for Senator Cynthia Lummis, came to Carbon County to touch base with residents, organizations and businesses.

The morning of the 18th, King introduced herself to the Board of Carbon County Commissioners (BOCCC) during their regularly scheduled meeting in Rawlins.

King had also scheduled meetings with constituents throughout the day until she attended the Saratoga Platte Valley Chamber of Commerce's Annual Banquet later that evening in Saratoga. King made herself available to the attendees of the event.

"Some of the most important work...