Saratoga Panthers return from Casper as 1A State Runner-Ups 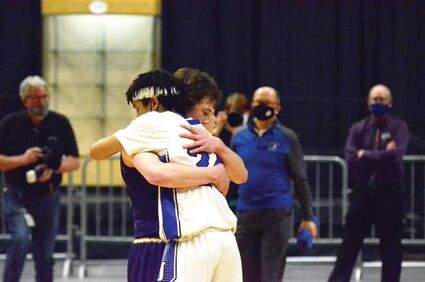 When the buzzer sounded to end the 1A State Championship game, Saratoga's Gavin Bartlett embraced Upton's Luca Brooks. Then, with tears in his eyes, he walked to Coach Jason Williams and hugged him as well.

A year before, the Saratoga Panthers had a much different result as they had won their first State Championship in school history. This year, Upton won the state championship-also their first in school history-but that also meant somebody had to lose. The Panthers had played through quarantines, a COVID quad and the difficult 1A Southwest Conference to return to Casper and the Ford Wyomi...