Saratoga heads back to State Tournament as No. 1 West seed 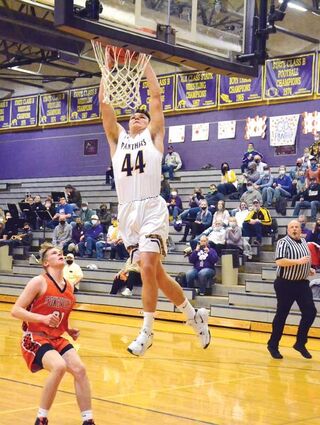 Senior Noah Rimmer dunks against the Cokeville Panthers during the 1A Southwest Quad on Thursday afternoon.

Since the Saratoga Panthers returned to the Valley as the 1A State Champions last season, fans have been anxious for the Panthers to make a return to Casper.

Despite a season filled with restrictions, a two week quarantine and the general difficulty of the 1A Southwest Conference Saratoga will walk back into the Ford Wyoming Center. The Panthers do so as the No. 1 seeded team in the 1A West following a 3-0 weekend.

On Thursday, Saratoga hosted the 1A Southwest Regional Quad where they fended off the Cokeville Panthers and the Farson-Eden Pronghorns. Those two wins sent them to Lander, w...