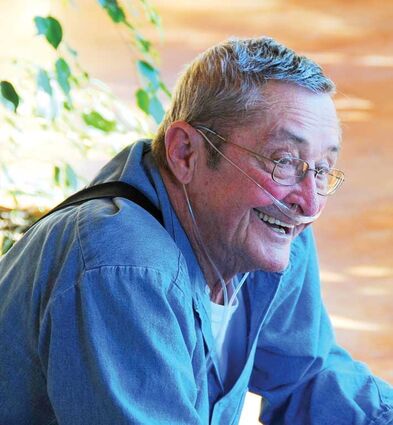 Born May 25, 1930 in Sheridan, Wyoming to John Norman Custis and Helen Willian Schneider Custis, he grew up in Big Horn, Wyoming and graduated from Big Horn High School in 1948.

After the war, he continued his education at the University of Wyoming and met and married Ellen Laurel Orton of Elk Mountain, Wyoming in 1955. He attended Northwestern University Dental School, graduating in 1959 as a Doctor of Dental Surgery and established a dental practice in Newcastle, Wyoming in 1960.

He practiced in Newcastle until 1977 when he moved and opened a practice in Dubois, Wyoming in 1978, marrying Kirsten Riberholdt Hansen Shepardson of Dubois in 1979. He retired from dentistry in 1995.

More than any awards and honors bestowed upon him by his profession, his greatest reward was his trusting and loyal patients.

Extremely independent, an avid reader and deep thinker, he had many hobbies from remodeling his homes to gardening. His passion, however, was his love of Wyoming and the outdoors whether he was hunting, fishing, hiking, cutting firewood or simply exploring. His knowledge and skill in these areas are legend among his grandchildren. He will be missed.

Per his wishes, no service will be held.