The Pearl of the Plains

After more than 100 years, the Virginia still going stong 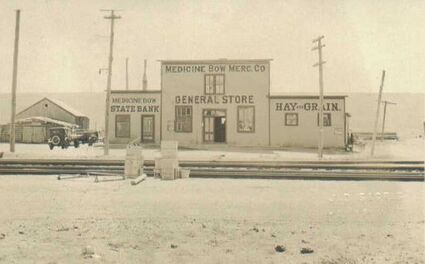 The Medicine Bow General Store, turn of the century, is where author Owen Wister slept when he visited the town.

The Virginian Hotel, a historic hotel in Medicine Bow, has hosted many guests over the years and has been in the family of owner Vernon Scott for several generations.

"It was known as the 'Pearl of the Plains'," said Scott.

Construction on the hotel began in 1901 and was completed in 1911. It was built by August Grimm, the first mayor of Medicine Bow, and his partner George Plummer.

"August knew the Lincoln Highway was coming through Medicine Bow and the railroad was already here," Vernon said. "He even named it after Owen Wister's novel because he knew Wister was associated with Medicine...