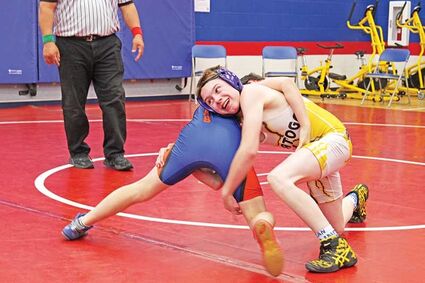 "The Panthers began their day against Glenrock winning the dual by a 42-36 team score," Mason said.

He said the next dual tested the Panthers.

"They wrestled Lingle Ft. Laramie/Southeast next, losing the dual 18-60 in a rough outing for the Panthers," said Mason.

The last dual went back to favor Saratoga.