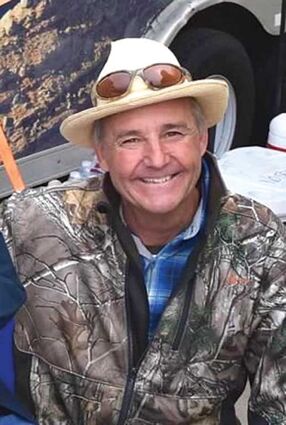 David W. Trefren died unexpectedly January 17, 2021. Dave was born in Ord, Nebraska to Ted and Margie Trefren on November 17, 1959. He was the sixth of seven children.

The family moved to Cheyenne about a year later and Dave lived there his entire life. Dave attended local public schools. He went to Bain Elementary near his home and swam in the Sun Valley Pool. He attended Carey Jr High and East High School. While attending high school he worked as a laborer hanging and finishing drywall.

Dave also liked to challenge himself, riding his trial bike in different situations. After finishing high school and a quick trip to Arizona to visit friends and see the area, he came home to Cheyenne and started his first company.

He called it Custom RV Accessories and built trailers, bumpers, headache racks and other metal projects. He was working out of his brother, Phil's, garage. After a couple years, Dave outgrew the garage and built a new building on Ave D off Fox Farm Road. He renamed the company Wyoming Steel Products.

As the company grew, it branched out into wrought iron fencing, hand rails, stairs, gates and, eventually, fabrication and erection of buildings. Dave loved to build things and run the crane. In the fall of 1981 he met Dale Weaver and they were married in August of 1982. In 1985, they welcomed a daughter, Kristen, to the family. Another daughter (Jennie) followed in 1987 and a son (Jeff) in 1988.

As the company started growing, he added on to the first building, and then built a new larger building next to it. Dave started picking up parcels of land along Fox Farm Road and started building the "Red Buildings" as commercial rentals. Dave started growing bored with running Wyoming Steel Products. He wanted to have more time to spend with his family and do some traveling.

In 2001, he sold the business assets and "retired". He continued to build "Red Buildings" and travel extensively. Dave was very fond of the South Side of Cheyenne and never wanted to live anywhere else in town. Dave loved hunting, fishing, camping, scuba diving, riding motorcycles, skiing, and snowmobiling with his family and friends. Elk hunting each fall in the Sierra Madres was very important and was planned for months, and talked about for years. (Although, what happens in elk camp stays in elk camp.) He very often said, "We aren't stuck, we are just temporarily detained".

Dave will be remembered for his colorful phrases (fine as frog hair), jokes, bird calls, elk calls, and sense of adventure and fearlessness. He loved to help people and was always looking out for the underdog, but he never let anyone take themselves too seriously.

Dave was preceded in death by his parents, Ted and Margie Trefren and his life time buddy, Bill Ragsdale. He is survived by his wife, Dale, and their three children; Kristen Trefren, her husband Greg and their three children Raymond, Eric, and Lucy; Jennie Boulerice, her husband Jesse and their FurBaby Tsavo; Jeff Trefren, his wife Katrina and their children Hunter and Ryker; his brothers John, Phil, Matt, and Paul; his sisters, Debbie and Julie, and many, many well loved nieces and nephews and honorary nieces and nephews.

He will be missed. In lieu of flowers, donations can be made to local food banks, the Salvation Army, Veterans Rock, or any local charity. A memorial service will be held this spring.