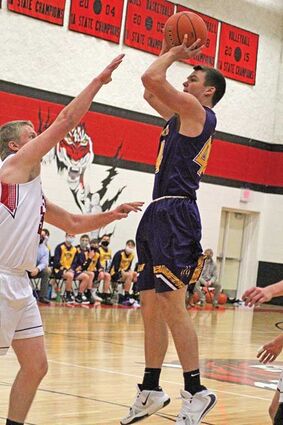 Noah Rimmer lines up his shot against the Tigers on Friday afternoon.

The undefeated streak enjoyed by the Saratoga Panthers came to an end over the weekend as the defending 1A State Champions were dealt their first conference loss and their first season loss.

On January 15, the Panthers were hosted by their conference and Valley rivals, the Encampment Tigers resulting in a 10 point loss. The following day, Saratoga was hosted by the 3A Mountain View Buffalos where they were narrowly defeated.

One of the most anticipated games of any season, the battle of the big cats saw Saratoga venture into Tiger Nation as both undefeated teams took to...