HEM goes 1-1 for weekend as they fall to Pronghorns 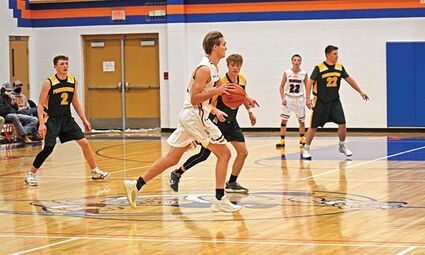 Devon Grosstick dribbles the ball to get past players from Farson-Eden.

In the first half, HEM Head Coach Cliff Jones felt the Miners did not play as well as they could.

"I don't think we played exceptionally well in the first half. We were pretty passive and we didn't look to attack the basket and defensively, we let them move where they wanted to move to and then we kind of reacted to what they wanted to do," Jones said. "I thought the second half, especially in the stretch of the 4th quarter, I thou...