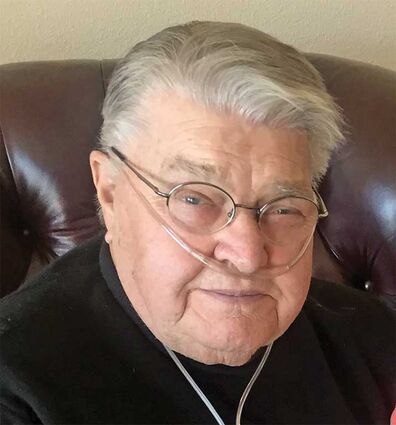 Jim was born in Minneapolis, Minnesota in 1941 and attended and graduated from Bend High School, Bend, Oregon in 1959.

Jim married Verla (Hill) Wick in 1961. The couple had three children but later divorced. He married Alice Keith in 1989 and they spent 31 wonderful years together.

Jim started his sales career in Portland, Oregon for Ingersoll Rand and later owned and operated, with his wife, Woodward Tractor of Cody for over 30 years. One of his great loves was his trade and his customers. In later years, he loved to sail his yacht off the coast of Washington, in particular going up and down the Inland Passage of Alaska.

He is proceeded in death by his mother, Margaret (Stetson) Woodward, his father, James T Woodward, Sr., his brother-in-law, Jack Brubaker and numerous aunts and uncles.

A rosary service is planned for 6 p.m. on Sunday, January 24 at St. Anthony's Catholic Church in Cody and a funeral service will be held Monday, January 25 at 10 a.m. There will be a reception to follow.

In lieu of flowers, memorial donations can be made at Park County Animal Shelter.

Condolences may be shared at www.bustardcares.com.