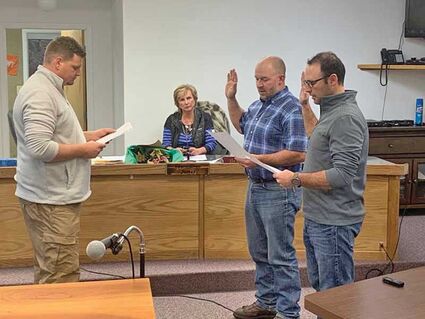 While a run-off election in Georgia was determining who would gain control of the United States Senate on January 5, the Saratoga Town Council was finding their own direction during their first meeting of 2021 as they swore in new council members and a new mayor.

As the final actions of Councilmember Judy Welton and Councilmember D'Ron Campbell, the Saratoga Town Council went through the customary approval of the minutes, agenda and paying of the bills prior to the oath of office for Creed James and Ben Spaulding.