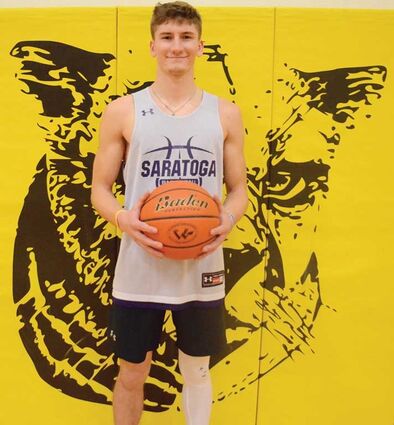 Saratoga's Teegan Love poses with the basketball awarded to him after surpassing 1,000 points for his basketball career.

In recent years, the student athletes of Carbon County School District No. 2 (CCSD2) have been awfully busy breaking records and rewriting history books. Teegan Love, who is a senior at Saratoga Middle High School (SMHS) has had the distinct privilege to do both.

Love was just one of the integral members of the Saratoga Panthers when they came away from Casper as 1A State Champions, the first time in school history, last season. While that was quite the achievement to be proud of, the basketball player was on the very edge of another great accomplishment when the season ended.