Saratoga put three wins under their belt as season begins 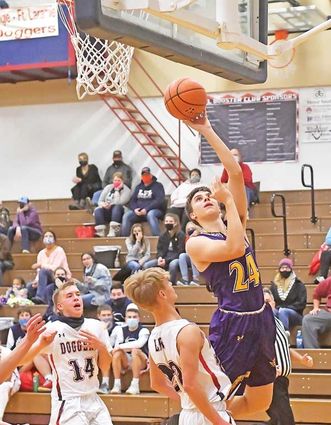 Heston Fisher (24) pushes past the Doggers for a basket.

Coming into the season as the defending state champions following their victory last season, the Saratoga Panthers are off to a great start in the pre-season as they dealt three losses to three other 1A teams last weekend.

On Friday, the Panthers hosted the Dubois Rams for what would be Dubois' second loss of the day. Also on Friday, Saratoga's Teegan Love joined the exclusive "1,000 Point club."

The following day, Saratoga hit the road as they traveled to take on the Southeast Cyclones and the Lingle-Fort Laramie Doggers.

Following their loss to the Encampment Tigers ear...