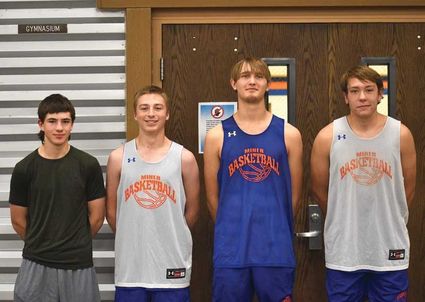 "They all earned it this year," Zach Scott, Hanna, Elk Mountain, Medicine Bow (HEM) High School football coach said aof his players being named to All-Conference this season. "They were all huge parts of this team, and they were what made this team go."

Senior Ura Schmidt is an example Scott gave of a player who kept at it although the player was injured his sophomore season and couldn't play.

"Ura put in the effort all the years he played and this year he got all conference," Scott said. "It is gratifying."

Schmidt said he was glad there was a season.