Past, present and future

After 95 years and four generations, what's next for Shively's Hardware of Saratoga? 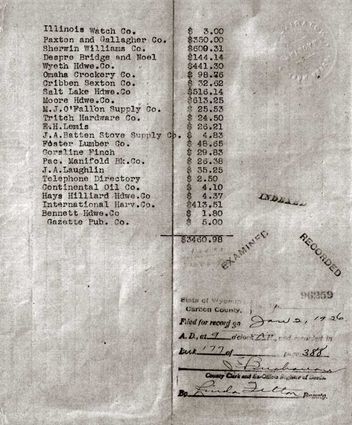 This listing of accounts owed by William "Bill" Tilton hangs in the back office of the downtown Shivley's store and came with the bill of sale between Tilton and Shively.

The arrival of one E.J. Shively in Saratoga was not big news, at the time. The announcement of his arrival in Saratoga could be found on page 8 of the February 27, 1919 Saratoga Sun among other short stories, later known as "Saratoga Chips".

"E.J. Shivley of Denver arrived here the first of the week to accept a position at Tilton & Son hardware store. His family arrived on Wednesday's train and will reside here permanently."

Just how permanent was likely unknown to Shively, his family and anyone else in the Platte Valley at that time. Nearly seven years later Shively would appear on the...