Tigers leave their mark on Farson-Eden 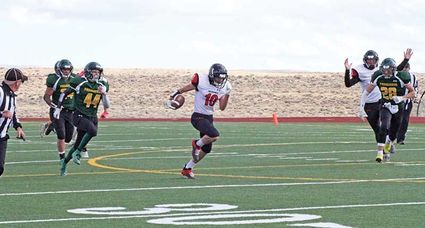 The Encampment Tigers' first varsity season in 30 years has come to an end, but not without a fight against the No. 1 team in the 1A West Six-Man Conference in the semi-final round of the 1A Six-Man Playoffs.

On November 7, the Tigers were hosted by the Farson-Eden Pronghorns to determine who would advance to the 1A Six-Man State Championship. For, at least, the first half of the game it looked as if Encampment would down the Pronghorns, who dealt them a loss in the regular season.

"This was a well played and hard fought game by both teams. From start to finish both teams got after it and i...