History speaks to the young

GEM used as location for educational films from WWA 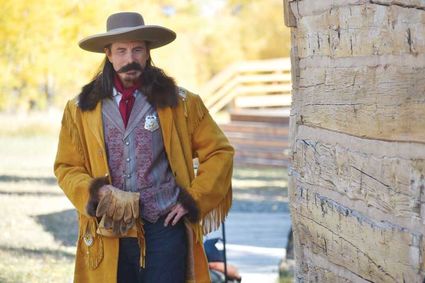 Thad Turner is an actor and writer that was pleased to play the role of Buffalo Bill Cody.

A young Bill Cody (Buffalo Bill) could be seen walking around the grounds of the Grand Encampment Museum (GEM) on October 9. In actuality, it was not Wild Bill, but actor Thad Turner.

He is working in a movie that the Western Writers of America (WWA) are producing for educational purposes.

Candy Moulton, Executive Director for WWA, explained what was being filmed at GEM.