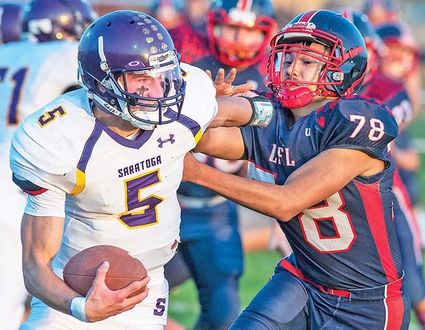 The Saratoga Panthers continued their winning ways on Friday against Lingle/Fort Laramie, coming out on top 66-43.

"We are getting better," Logan Wright, Panther head coach said. "The thing about losing, it gives you specific tasks to improve on and that is what we have done. I think the game against Lingle is the best game we played this year."

Saratoga was not the first team to score. The Doggers scored with 10 minutes left in the 1st quarter.

"We knew we had to stop the run," Wright said. "They are a physical running team, so as a team, we just had to be able make blocks and tackles."...