Beginning on Thursday afternoon, Mullen Fire grows to nearly 14,000 acres over the weekend leading to evacuations 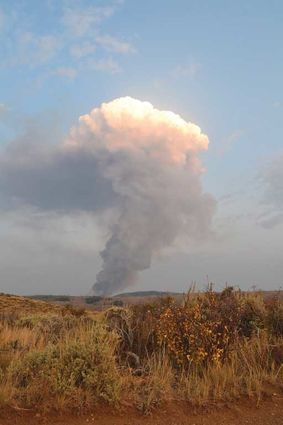 The sun brilliantly illuminates the billowing smoke giving momentary beauty to the destruction taking place over the next hill.

High winds and warm temperatures over the weekend worked in favor of the recently established Mullen Fire, which had consumed much of the Savage Run Wilderness over the weekend and put several communities at risk.

As of Monday morning, the fire had grown to 13,835 acres and was two percent contained.

At approximately 3 p.m. on Thursday, local volunteer fire departments were called to respond to a fire east of the A-Bar-A Guest Ranch outside Encampment. While multiple fire engines did respond to the area and set-up on the eastern edge of the A-Bar-A, the nature of the wilderness area provide...