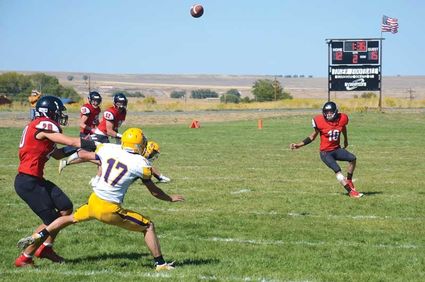 Coming into 1A Six-Man Football, the Encampment Tigers have been an unknown quantity. While they hit the field last year, their entire schedule consisted of junior varsity games. This year, the Tigers appear to be hitting the gridiron with something to prove if this weekend's match against the Little Snake River Valley (LSRV) Rattlers, the defending 1A Six-Man State Champions, is any indication.

One week before hosting LSRV at Tiger Nation, Encampment had dealt a major loss to the Midwest Oilers with a final score of 63-7. The win for the Tigers took place the same weekend that the Rattlers...