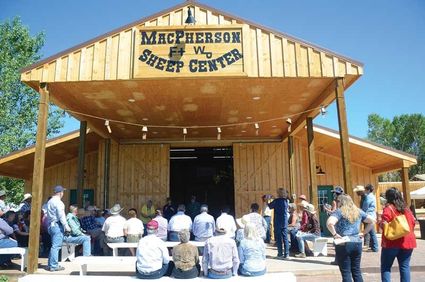 The MacPherson Sheep Center sees a number of attendees under it's awning as the doors open to visitors.

For nearly as long as cattle have grazed along the plains of Wyoming, so to have sheep. While cattle has been king in the Platte Valley, for many years the sheep industry was largely influential in the neighboring Little Snake River Valley.