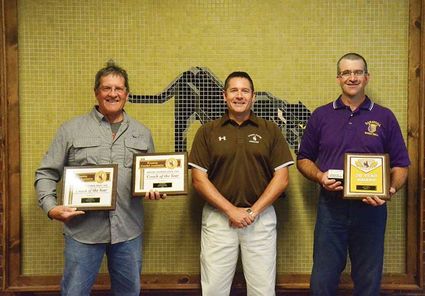 It was a successful year for Saratoga Middle High School (SMHS) as two of their teams returned from state tournaments as State Champions.

Last fall, the 2A Boys Cross Country Team returned home as the 2A State Champions and freshman twin brothers Grant and Grady Bartlett returned home State Champion and State Runner-up, respectively. This spring, the Saratoga Panthers fought their way to be 1A State Basketball Champions for the first time in school history.

On June 29, coaches for both programs were honored by the Wyoming Coaches Association (WCA). Rex and Mary Hohnholt, coach and assista...