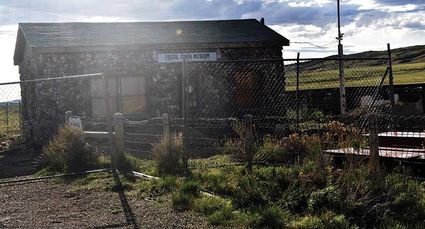 The Fossil House Museum is still behind a fence waiting to move to the Medicine Bow Museum .

The Fossil Museum House is still waiting to be moved to its new home at the Medicine Bow Museum. Its location is already picked out and will be directly across the street from the famous Virginian Hotel, next to the Owen Wister Cabin.

Director of the Medicine Bow Museum Saron Biamon said that she talked to the contracted mover two weeks ago.

"He said he would be getting on it in the next week," Biamon said. "But I haven't seen any equipment out by the cabin when I went by recently."

Biamon thought the structure would be moved last summer but the contractor came to her and said the building...