Due to the COVID-19 epidemic, many events around the state were cancelled. On the high school level, many sports seasons were unable to finish and competitors were left without a true ending. This was not the case for speech and debate.

Starting on April 22, participants in Wyoming speech and debate were able to attend the state tournament online. Interpretation events were recorded prior to the tournament while debates were held via Zoom.

The University of Wyoming was able to step in and provide a secure event for competitors. By hosting the servers and putting everything behind passwords given to participants, the university ensured no outside influence interfered with the event. Competitors were also made to sign forms stating they would uphold the integrity of the tournament.

Saratoga team members Jaden and Kaitlyn Campbell gave their thoughts on the matter.

“I had a very positive experience with state speech,” Jaden stated “Though it can’t compare to the in-person events, I had a great time and was happy to be able to do it.”

The team was almost to Green River for the state tournament when they got the news the event was cancelled by the State Health Department.

“It was really disheartening, I’m just glad they were able to reschedule it,” Kaitlyn explained.

While they were happy they were able to compete, the sisters agreed it wasn’t the same as an in-person event.

“A huge part of speech and debate is the social interaction. You just didn’t get that with the online tournament,” Kaitlyn said. “Giving a speech in your house is not the same as giving a speech in a school three hours away. It’s just different.”

The sisters expressed they were glad they were able to finish out their season. The Campbells are hoping to attend more in-person tournaments next year. 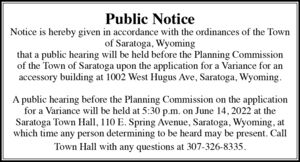