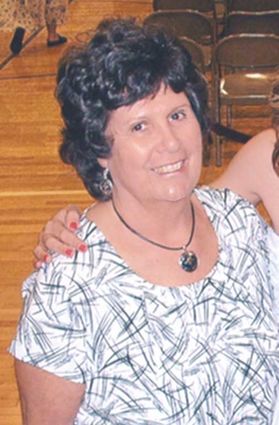 Caroline J. Vyvey was born to William and Betty McBride at her grandmother's home in Saratoga, Wyoming on September 6, 1942.

She graduated from Platte Valley High School in 1960. In 1961 she received an associates degree from Central Business College in Denver, Colorado.

Caroline married Larry Charles Vyvey in 1962 and they lived in Manderson and Tensleep, Wyoming for four years where Larry taught Vocational Agriculture. During this time daughters Trudy and Pam were added to the family.

They moved to Wamsutter in 1966 where Larry taught school for six years, then lived in Rawlins for one year before returning to Saratoga in 1972.

Together with her brother, Kendal, and his wife, Dauna McBride, Larry and Caroline built Valley View Manor nursing home in 1975. She took care of many Valley residents and they were all treated like her extended family. The nursing home was sold in the early 1980's.

Caroline then worked for her brother Kendal at Valley Liquors, cleaned homes for her dear friends and provided daycare for her grandchildren. She loved to travel with her family and friends. She was a second mother to many of her deceased friends' children. She was a good listener for anyone who needed to share their troubles and always provided heartfelt comfort and support.

Caroline passed away May 22, 2020 at Cheyenne Regional Medical Center as a result of six years of health complications.

She was preceded in death by her grandparents, Floyd and Beatrice Kendall, her parents William McBride and Betty Kendall, and her brother Kendal McBride.

A memorial service will be held later this summer when her friends and family can gather without restrictions.

Memorials in Caroline's name can be made to the Platte Valley Healthcare Project at P.O. Box 549, Saratoga, Wyoming 82331.