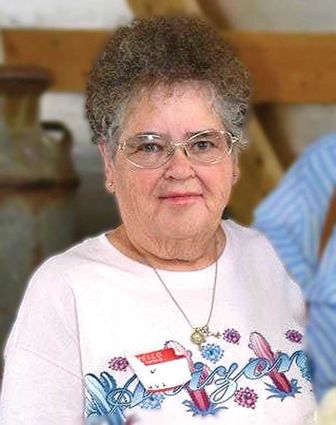 Ellen was born on April 23, 1947 and raised in Laramie, Wyoming. At the age of 73, she passed away in Casper, Wyoming on April 29, 2020. She loved the time she spent as a child at her family cabin in Albany. Ellen married the love of her life, Orville Burgess, on June 8, 1964 in Laramie. They spent the first couple years of marriage working on various ranches around Saratoga. In 1967 they moved to Rawlins, where they lived for 26 years and had their two boys, Wesley and Jack. In 1993 they opened the Mountain Hideaway Restaurant at Ryan Park in the Snowy Range where she loved serving and meeting many new people. Ellen and Orville sold the restaurant in 1998 and did Rest Area contract work around the state of Wyoming. In 2008, the two of them “officially” retired. Ellen enjoyed spending the winters in Arizona as “snow birds” not having to deal with the cold weather and snow. Summers were spent at their home in Encampment and most recently Pine Haven, Wyoming. Above all else, Ellen enjoyed spending time chatting with family and her many beloved friends.

A memorial will be scheduled at a later date when we can be joined together with Family and Friends.