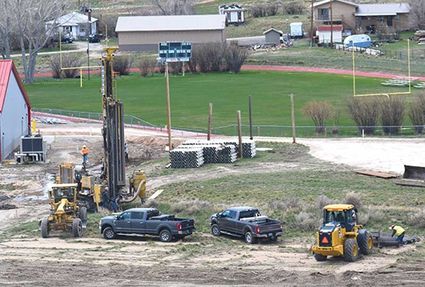 The Hanna Elementary School is the scene for much of the current work being done by AML.

Prior to the meeting, a public hearing was held for the renewal of liquor licenses for the 2020-2021 year.

The were few people in the audience and no person had any comment.

The total population in the room was eight and all were separated by at least six feet.