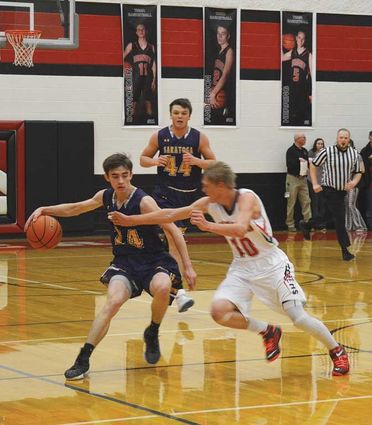 The Saratoga Panthers started their season with something to prove and, as the regular season nears its end, they appear to be accomplishing that mission. This past week, Saratoga not only dealt a devastating loss to the North Park Wildcats on Tuesday in the Panther Den, but they also had a successful rematch against the Encampment Tigers (15-1, 5-1).

When Saratoga first played North Park, it was on the Wildcats' home court and the Panthers sunk their claws into the Colorado cats with a 43-point lead. On Tuesday, as the Panthers played host to North Park, the Saratoga...