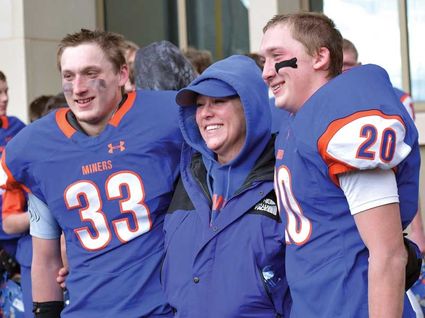 From left, Shane, Joan and Conor McGraw pose for a photo following the Six-man Championship at War Memorial Stadium in Laramie in November.

The Shrine Bowl fields a team from the north and one from the south. There are 40 seniors selected to play on each team from the entire state. This year the North Team features 17 players and the South 13 players that participated in a state championship game last November in Laramie. Conor McGraw and Shane McGraw were named to the South team.

"This is really remarkable that three players were picked from...