Encampment gets conference win against LSRV, will host Cokeville and Farson-Eden this weekend 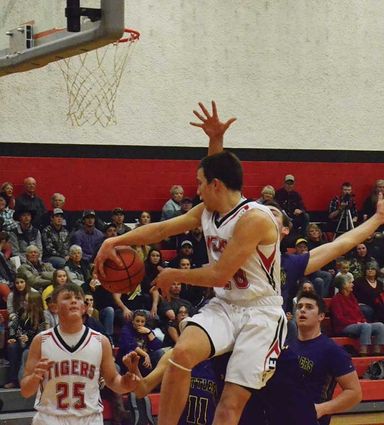 The Encampment Tigers were forced to play a Monday game following road closures preventing conference rivals the Little Snake River Valley (LSRV) Rattlers from getting to Tiger Nation on Saturday. Despite the rescheduled game, the Tigers came onto their homecourt ready to play and were quick to hit the hardwood.

Encampment was quick to throw points on the scoreboard within the first eight minutes of the game. During the 1st quarter, a 3-p...